Our visitor from outer space is definitely not an alien and you are not reading another goofy article which says anything and everything is ALIENS !

When we speak science, there can always be an explanation than vague conclusions of what our minds longing to hear 🙂

Meet Oumuamua – a space rock which has entered our solar system and is thought to be travelling for millions of light years.

This is the first ever interstellar object ever witnessed by the human race. It was spotted on October 19, 2017 by PAN STARRS (Panoramic Survey Telescope and Rapid Response System) – A group of telescopes that constantly monitors the sky for moving objects like comets and asteroids.

With the angle of rotation and calculation of the spectrum waves reflected from its surface, it is speculated that the object could be elongated.

As Oumuamua reached near our SUN, its speed was recorded 87.7 kilometres per second! It came close to the earth as near as 18 million kilometres (Yeah in astronomical terms this is pretty close)

Any object falling within our SUN’s enormous gravitational field would either be caught in its orbit unless the object had enough speed to escape the solar system.

Oumuamua exactly had the escape velocity as it could have been slingshot from a distant star system or even from another Galaxy!

Astronomers performed computer simulations which helped us rewind the motion of Oumuamua and 3700 stars within 100 light years of the SUN. They found that this alien object passed through an another star TYC4742-1027-1 around 1.3 million years ago only to find that Oumuamua was probably a visitor to that solar system too.

Our alien visitor has gained enough attention that it has its own Wiki page now.

All that we know is that this object has been travelling for a very very long time. It is speculated that the object could have been from a newly born distant solar system where the conditions would have been violent.

This could explain the reason for its very high velocity  as it could have been thrown away from its parent star system.

Oumuamua will leave our solar system in roughly 20,000 years. Our visitor from outer space will start its next voyage towards the endless Universe.

Reading about these spectacular things in space always given me goosebumps which made me research  and write an article about it for the common man to understand Astronomy.

Subscribe to my blog as I will be writing more contents about the wonders of the Universe.

5 thoughts on “Our First Visitor From Outer Space” 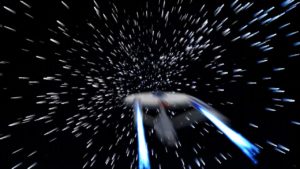 What is a light year ?

Tech professional with 11+ years industry experience who has deep passion for Virtualization, Astronomy and PC Building

You may have missed 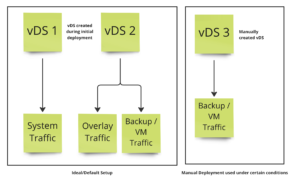 Can you manually create a vDS after VCF deployment ?

What is a light year ? 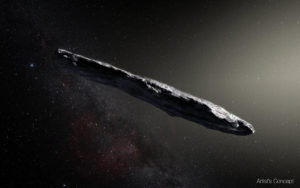 Our First Visitor From Outer Space

Converge and Migrate to 7.0 vCenter with Screenshots